Egocentric mode is the view in which one can look at the connections of each node from the node’s point of view. The following is an example of the egocentric mode, when applied to “Lab Souterrain Modane”. You can see that all the other linkages between the nodes have vanished, and the ones that are visible are just the connections that this lab has with the outer world. This allows one to have a better overview of a node’s ‘extroverted’ nature. This feature can be experienced by positioning the mouse cursor abow an organisation in any of our maps. 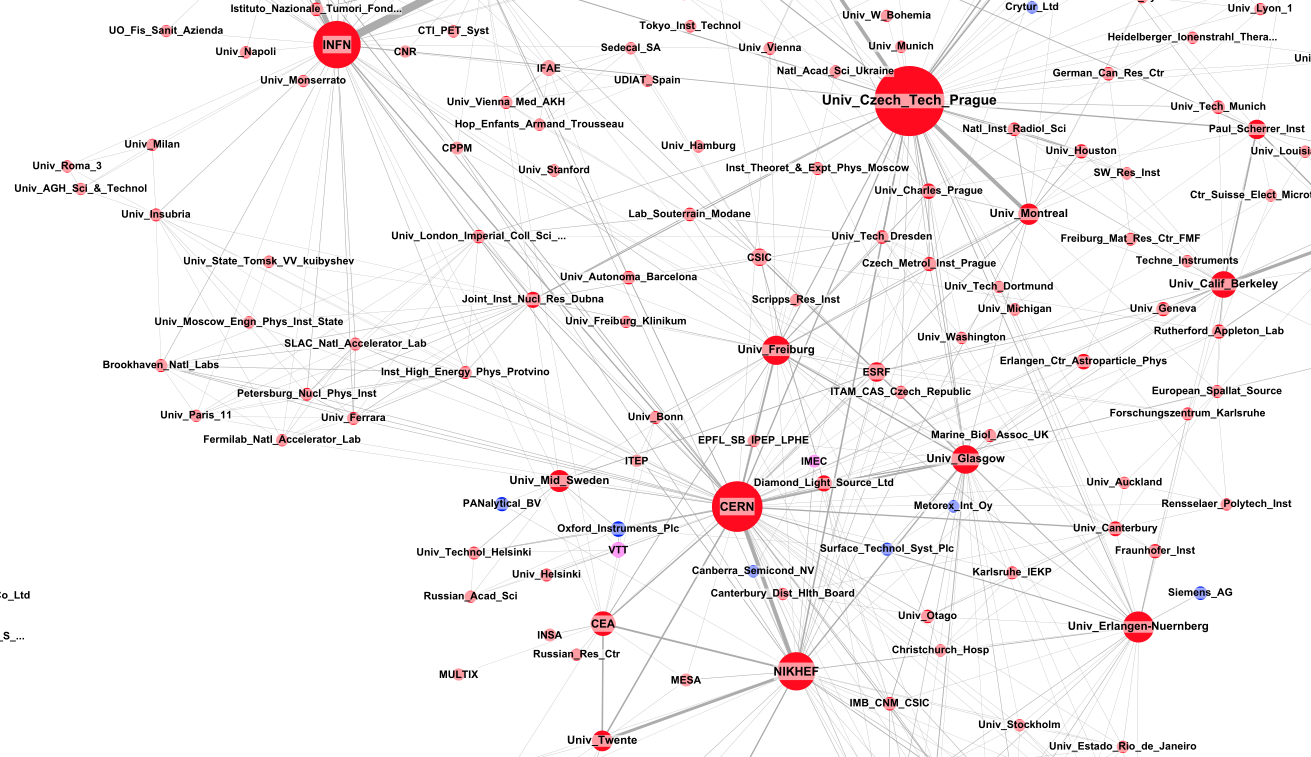 This is an excerpt from a sociogram showing collaborations between institutes, companies and not-for-profit companies (depicted in red, blue and pink, respectively), based solely on publications and co-publications between the bodies depicted. The bigger the node, the more (co)publications the node has; the thicker the link between two nodes, the stronger the collaboration between them, again measured in number of co-publications. Click on the image to get the full pdf version, which is also searchable (Ctrl+f in acrobat reader for windows, cmd+f  in preview for OS X).

A new tool for spotting collaborations

Collspotting is a new and experimental service that aims to provide the Particle Physics community with information on Academia & Industry key players active around key technologies for Particle Physics, with a view to fostering more collaborations.